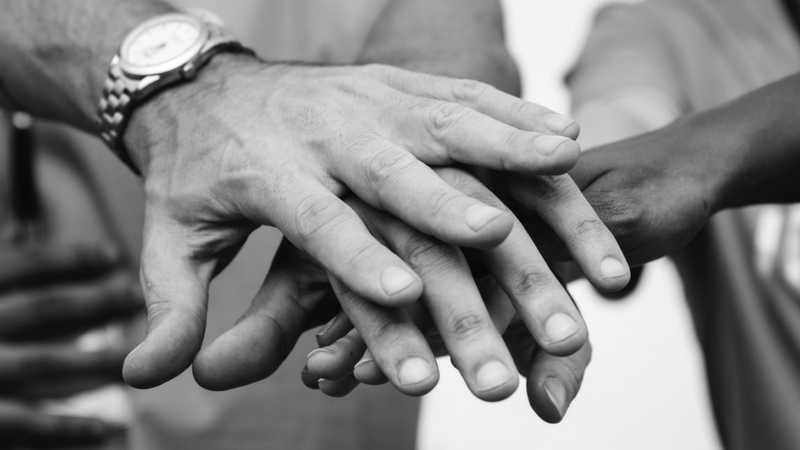 Dear One, sometime ago I was watching a story on the life of John Keats, an English poet, who died of tuberculosis after having lived only 25 years, 1795 – 1821. Two thoughts that quickly come back to me from the film were, John had a difficult existence, and the words from a line of one of his poems, “Touch has a   memory.”

Touch has a memory. I had at times, up until hearing Keats’ line, considered the results of ‘touch,’ and thought that there was something concise and lasting to say about it, but in my mind it never took sentence form. Thoughts existed only as fragments for reflection and contemplation. Keat’s short sentence raised another thought, ‘memory has a touch.’ For both the physical impression of touch and the emotional memory of touch can be everlasting. It has the ability to produce a smile on a cloudy day or a lifeline in the midst of troubled waters. Oh, yes, touch has a memory.

Recently, after a luncheon which followed a brother-in-law’s funeral, a relative, whom I hardly knew, sweetly made room for me, and warmly encouraged me to sit down beside her, and talk awhile. I declined her invitation, but while I was telling her that Ron, my husband, and I had plans for the evening and needed to get back to Traverse City, I felt a pang. I paid it no heed. I regarded it as one does a single hiccup. I revised nothing. We left.

I realized that the lack of touch made a memory as well, but it was not a good one; it was not one of kindness. Had I sat down, within just a few minutes ‘touch’ would have been shared. For touch is, after all, two-sided…three…if you consider God glorified.

When Ron and I got home, we checked our schedule, and discovered that we had more than an hour to spare…an…hour…to…spare. The pang returned with a vengeance. Oh…regret had a memory as well, but the painful regret, unlike the opportunity, would not be wasted. No, it would not. A lesson had been learned.

“…clothe yourselves with compassion, kindness, humility,
gentleness and patience.” Colossians 3:12B

« Broccoli Raisin Salad
Out of Sync »