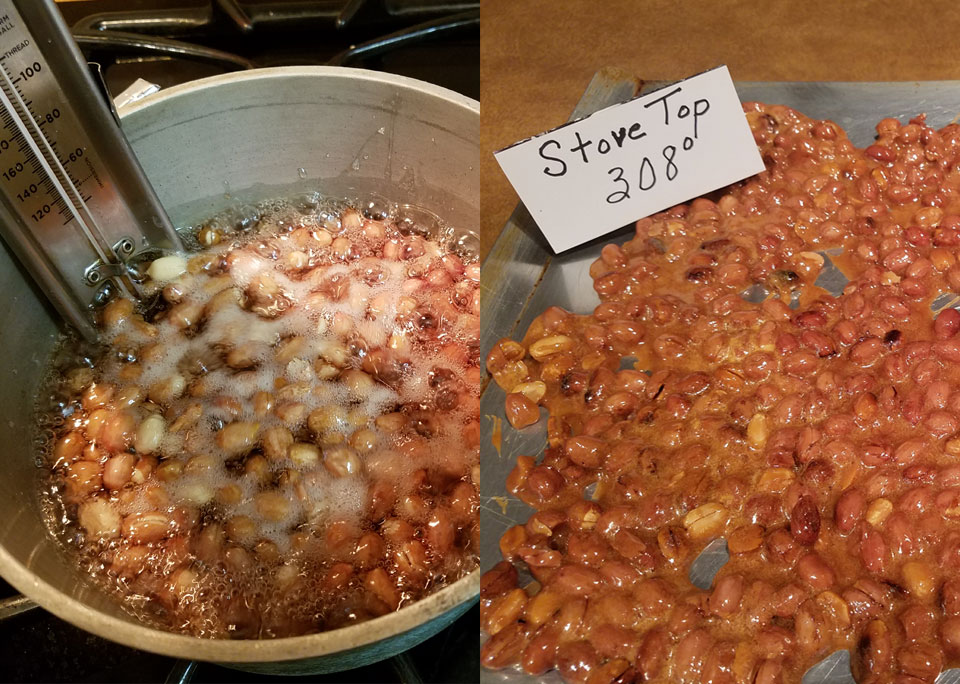 This recipe came from a dear, old neighbor, Mrs. Burkholder. She lived next to us when we first moved to Traverse City. We lived at Town and Country Trailer Park off Barlow from September 1966 through August 1971. Although we left college nearly debt free, still owing the milkman $13.00, a mobile home was all that Ron, my husband, a first-year teacher, and I, could afford. We promised the milkman that we would send him a check from Ron’s first paycheck. The trailer park, and the trailer, served us very well for five years.

Earlier in Mrs. Burkholder’s life she had tuberculosis and was placed in a sanitarium for a long period of healing rest. I had heard of people having to do that, but had never met anyone who did. She taught me how to make peanut brittle. She told me that the secret to the best peanut brittle was bringing the nut mixture to 308 degrees. After trying it, I agreed with her.

I don’t think that I have ever mailed peanut brittle to the college grandkids for Valentine’s, but I am thinking it might work well. I am always wondering what shape my cookies or homemade fudge is in when it finally arrives. One February a week had passed before the college student claimed his package. Ugh. A passing of a week or two won’t hurt this candy.

When my dad was still with us, every December I made him a five-quart bucket of peanut brittle. He never snacked much, but he really liked this nutty candy. It would last him through March. I sure wish that I could still make it for him.

« The Love of God
Denying Jesus »