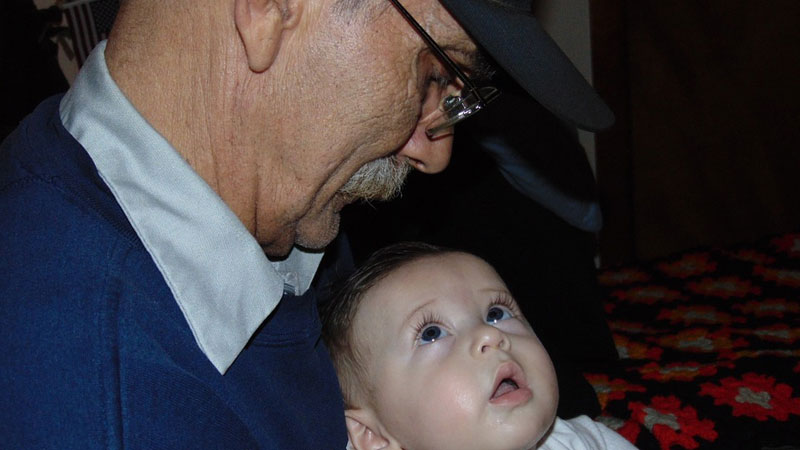 Dear One, when Ron and I moved to Traverse City, the first thing I did was join a women’s group primarily made up of teacher’s wives. It was Ron’s first year of teaching. At each of our meetings, without fail, a large helping of gossip was always served along with coffee and snacks. It actually seemed as though the gossip was the entrée. At the time, I thought nothing of it. I didn’t contribute much for I was new to the area and didn’t know anyone to talk about. Over time, through a growing faith, I learned the difference between gossip and conversation. And thankfully over those same years, a majority of the women grew spiritually. Perhaps someone was praying for us?

Ron and I were introduced to a ministry called Intentional Grandparenting. The national leadership group is working hard, within churches, to help grandparents become intentional with their grandchildren – by guiding them into a knowledge of God and Christian living. We are by far the oldest members in the class, for we are now great-grandparents 4 times.

We were well into the ten week series, when the DVD speaker addressed grandparents who were dealing with sons or daughters who were going through a divorce. One thing the speaker stressed was the importance of never saying anything negative about the ex, or soon to be ex.

Perhaps I should have, but I did not offer what one grandparent had, some years earlier, shared with me. She told me, that after her daughter had gone on, for months, about how horrible her husband was, that she verbally agreed with her daughter, and even added some additional points. Later, the couple got back together. But, the daughter did not want anything to do with her mother – after all the bad things she had said about her husband.

After watching the DVD, there was much discussion about the wisdom, and blessings, of refraining, at all times, from gossip, or negative talk. That made me wonder how much the Bible had to say on the topic. On one site I found listed over one-hundred verses. The following are just a few:

Proverbs 13:3 “Whoever guards his mouth preserves his life; he who opens wide his lips comes to ruin.”

Ephesians 4:31 “Let all bitterness and wrath and anger and
clamor and slander be put away from you, along with all malice.”

Psalm 19:14 “Let the words of my mouth and the meditation of my
heart be acceptable in your sight, O LORD, my rock and my redeemer.”

Proverbs 17:9 “Whoever covers an offense seeks love, but he who repeats a matter separates close friends.”

2 Timothy 2:16 “But avoid irreverent babble, for it will lead people into more and more ungodliness,..”

Proverbs 11:12 “Whoever belittles his neighbor lacks sense, but a man of understanding remains silent.”

I know of a person whose employer, with a small staff, did not allow his employees to utter a single word of gossip. I was told that it was a wonderful place to work, and that those who frequented the office loved the atmosphere.

God’s instructions do seem to contain a great deal of wisdom.