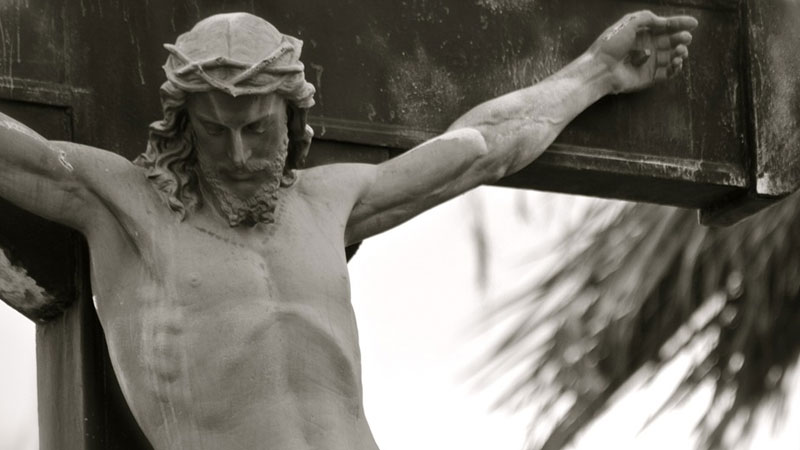 Dear One, with Ash Wednesday behind us, and Easter coming up on April 21st, there has been some conversation on Christ’s crucifixion. If you are like I was before parenthood, when it came to his sacrifice, you thought of it as Christ’s, and indeed it was. For it is clearly stated in Isaiah 53:4-5, “Surely he (Jesus) took up our infirmities and carried our sorrows…he was pierced for our transgressions, he was crushed for our iniquities; the punishment that brought us peace was upon him, and by his wounds we are healed.”

But after having children, my sympathy expanded to include God the Father. For what must it have been like for God the Father to have his son born in a manger, by a woman who’s character was questioned, to have him rejected, placed on trial, found guilty…..and crucified? God must have suffered greatly. He had to, he was, and is, the God of Love and compassion. He embodies a depth of love inconceivable to Man. And because of that, as a father, he had to have suffered as much as his son. Oh, how difficult to consider.

That scenario seems spot on to me. For even here on earth, there are few earthly parents who wouldn’t prefer to step in and take such punishment in their child’s place. But it was impossible in Jesus’ case. For God the Father could not offer himself up as a perfect sacrifice to himself. It had to be Jesus, his son. No one else would do. Both God the Father, and Jesus, had to endure the torturous punishment as the only means of salvation for a world of sinners.

And consider God the Father when that moment came that Jesus found the sins of the world a burden almost too heavy to endure. In agony, He called out to God the Father, “My God, my God, why have you forsaken me?” The Father, knowing that The Son’s effort had to be completed went quiet. Imagine – God. Imagine – Jesus. They were so in it together. Then, Jesus uttered His last words on the cross, “It is finished.” and gave up his spirit (John 19:30).

Through the Father and Son…the sacrifice was done.

« Cell Phone Alert
At the Cross »