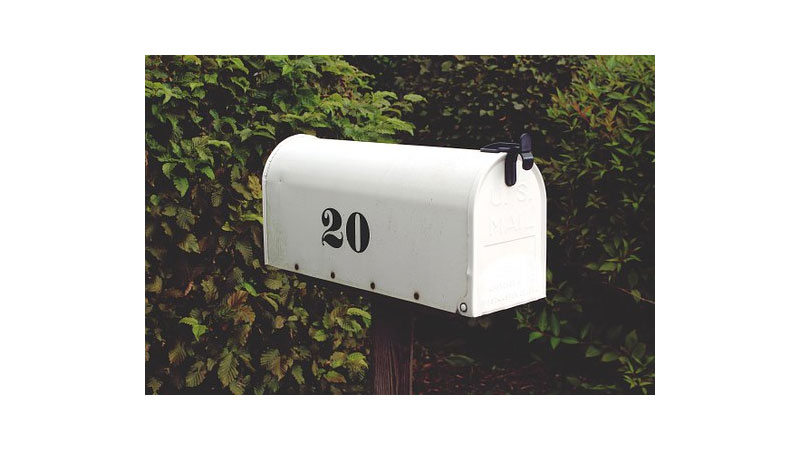 Dear One, Ron and I were rounding a curve near our home just after an elderly widower had hobbled out to his mailbox. When he found it empty, it seemed as though, right before my eyes, that the old man shriveled up with disappointment. Loneliness ironically, in this era of quick communication, seems to be a plague. For every busy person you and I know, we can probably name two lonely ones.

How many of them could be cheered up by a letter, a telephone call or an invitation for coffee? So many that the effort you and I might make hardly seems worth the effort. That thought reminds me of The Star Thrower story (included below), and the importance of making a difference where we can. After all, in this life, God only asks us to do, individually, all that we can do, for we cannot, individually, do all there is to do.

I laugh at myself as I recall the effort I made last week to get a letter out on time.

Our youngest granddaughter was attending her first summer Bible camp. Her mother had requested that we write to her. I decided that we should send out a letter each day. Well on Monday I forgot to do it. So Tuesday it was imperative that a letter get out, but I didn’t remember that day either. That was, until I saw the mail truck driving away from our mailbox. I quickly wrote a note, threw in a few bucks for treats, stamped the envelope, and jumped into my car to chase down the mail carrier. That’s when I asked myself, which way does the post-lady go from our place? I drove down the road, turned, drove down that road, turned, and then decided that what I was doing was stupid. So I turned around in a farm house’s circle drive, but what did my eye catch at the furthest end of the road, something white, a truck – coming my way! Could it be the mail truck? It was.

I jumped out of the car, and stood beside the road with the letter in my hand. I had no idea if it was even acceptable for a mail carrier to stop for a hand pickup, but I hoped. To my delight, the truck seemed to be slowing down. When it got close, it stopped right in the lane. I ran to the other side of the road, and quickly explained, while the driver smiled broadly, nodded, chuckled some, and took my letter.

And even though there was little to no traffic, the driver said with near laughter, “I will remain parked here to help you get safely back across the road.” It was comically apparent that she was very used to having people chasing her down. What a relief! And thankfully. tomorrow it would be Ron’s turn to get a letter out. Whew!

Our granddaughter is fortunate. She has an advocate, one making sure that she will not be without a letter during mail-call, but what about all those who are lonely, and without an advocate?

Perhaps they also have an advocate? Perhaps their advocate is that still small voice of the Holy Spirit who brings to our minds lonely people, not for us to just momentarily remember, but to write, call, and invite. No, it won’t end loneliness, but it will make a difference in the life of ‘one’ someone, someone whom our Lord dearly loves.

“Each of you should use whatever gift you have
received to serve others, as faithful stewards of
God’s grace in its various forms.” 1 Peter 4:10

Once upon a time, there was an old man who used to go to the ocean to do his writing. He had a habit of walking on the beach every morning before he began his work. Early one morning, he was walking along the shore after a big storm had passed and found the vast beach littered with starfish as far as the eye could see, stretching in both directions.

Off in the distance, the old man noticed a small boy approaching. As the boy walked, he paused every so often and as he grew closer, the man could see that he was occasionally bending down to pick up an object and throw it into the sea. The boy came closer still and the man called out, “Good morning! May I ask what it is that you are doing?

The young boy paused, looked up, and replied “Throwing starfish into the ocean. The tide has washed them up onto the beach and they can’t return to the sea by themselves,” the youth replied. “When the sun gets high, they will die, unless I throw them back into the water.”

The old man replied, “But there must be tens of thousands of starfish on this beach. I’m afraid you won’t really be able to make much of a difference.”

The boy bent down, picked up yet another starfish and threw it as far as he could into the ocean. Then he turned, smiled and said, “It made a difference to that one!”