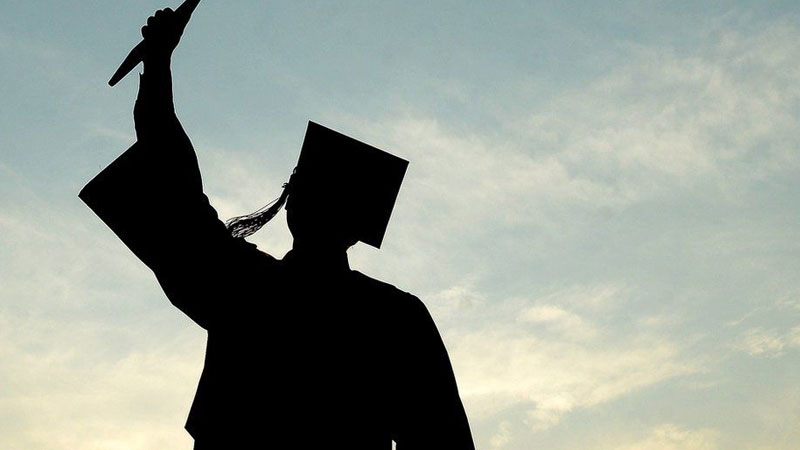 Dear One, there we stood, the two of us, outside the entrance to the high school’s gymnasium following a baccalaureate service for the graduates, me, the grandmother of one of the graduates, and a mother of another one. Over the last three years, we had spoken briefly three or four times, for her daughter, at one time, had been my grandson’s girlfriend. I could easily recall the woman’s last name, but not her first, for I had her daughter’s name written on my prayer list.

I asked about her daughter, and her plans for the future. Then I added, “I have been praying for her since I was introduced to her. I try to pray for my grandchildren’s close friends.”

The woman replied, “They haven’t been seeing each other for quite awhile.”

“Yes, I know, but when they stopped seeing each other, I just couldn’t scratch her off my list. As it often happens through prayer, she has become quite dear to me.”

Of course, by saying that I knew that I had taken the chance that the mother would think I was totally weird, and would want to flee from me as quickly as possible, but I had percentages on my side. So far, no one ever had. Her warm expression made me believe that she was aware of how intercessory prayer melds the heart for the subject of one’s prayers.

Earlier in my life, before QT, quiet-times, such conversations between me and anyone never happened. I could not help but think how time alone with God effects every aspect of one’s life. Here I was again talking about prayer. Me? A girl who had grown up never even hearing prayer as a topic of conversation in my home.

The next words I heard offered more such confirmation. In the sincerest of voices, the woman said, “I have always especially enjoyed talking to you. I like being with you.”

There it was again…sweet tenderness…between two people who hardly knew each other…a most touching and unforgettable moment. Thankfully, I could honestly reply that I truly felt the same. Without mentioning it, I think we understood what the attraction, at its core, was. It was not primarily her, nor me. It was the faith we share.

It happens so often, people I hardly know – wanting to talk about God. but I’m not fooled. I am simply amazed, and understand that the Holy Spirit is the draw, the magnet.

When Moses came down from the Mount of Sinai he glowed so much from having been with God for forty days (960 hours!), that he had to veil his head to protect the Israelites eyes! So, it stands to reason, that Christians might also have a slight inner glow resulting from sitting with the One they know to be God in Holy Spirit form. Scripture does talk often about us being a ‘light’ to the world. This Christian life certainly is a wondrous adventure of tender, interesting and exciting moments, but on the other hand…

That is, when it’s not being a challenge so difficult that it is almost beyond our comprehension. I guess from the life of Christ, the lives of His disciples, and our Mathew 28:19 call to discipleship, we cannot expect life to be a rose strewn path. No, we cannot deny, can we, that this Christian life is a lot like the landscape – full of hills and valleys requiring us to always keep our gaze heavenward on the Guiding Light.

After the service, when we were driving home, I mentioned the conversation to Ron. He said, “I’m not surprised. How many people talk to people the way you do? Very few. Naturally she was drawn to you.”

“I am still always amazed at how quickly God bonds strangers into His midst. How come this awareness of the Indwelling of the Holy Spirit through quiet-time is rarely mentioned? I just don’t get it. The most life-changing experience in all the world seems to almost be a secret. How tragic is that? Is that the work of Satan?”

No reply. The conversation had ended. The radio was on, the Tigers had men on base. Cabrera was up to bat.

“Then Jesus again spoke to them, saying, “I am
the Light of the world; he who follows Me will
not walk in the darkness, but will have the
Light of life.” John 8:12