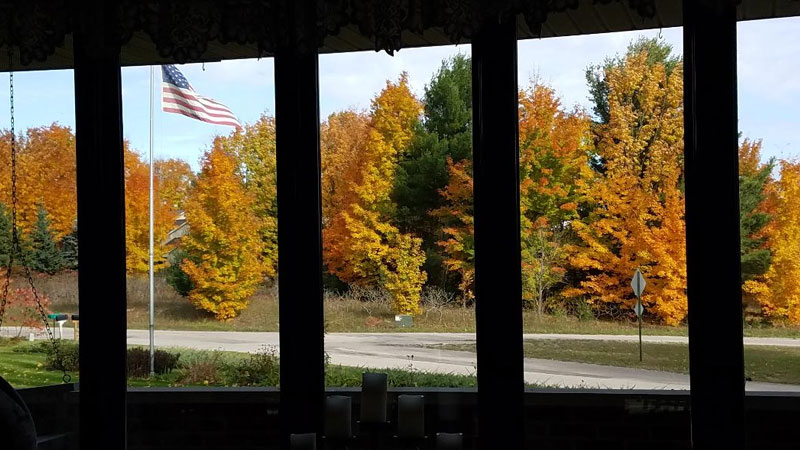 Dear One, this writing is not actually taken from a quiet-time. It is taken from thoughts which cropped up while on a divergent path on my way to quiet-time. So, does this qualify as a Secret Place Insights, perhaps not, but perhaps so?

One morning, during my recent nearly-bronchitis, if not bronchitis, I got up late with a thick, heavy head, little voice, and a sense of deadness. With a cup of coffee in my hand, I sat in the living room staring out the window…something I never, I mean never, do first thing in the morning. But like I said, I was senseless. I had not a thought to give to anything.

As I sat almost motionless, like a statue only capable of slow, periodic movement of coffee cup to mouth, the kitchen radio had for sometime been playing to deaf ears. Hearing was only regained by the sounds of a pro-life message. The familiar broadcast had aired so many times that I had no longer been paying attention to it, but this morning it was the only thing that penetrated my thick headedness. The words, the sounds, the tragedy presented, pierced my foggy being.

The voice stated that the radio listener would now hear the sound of BB’s falling against a tin can. He said that each BB represented 10,000 deaths. I listened to the sound representing those lost in the American Revolutionary War, the Civil War, the First World War, the Second World War, the Korean Conflict, the Conflict in Vietnam, the September Eleventh War on Terror and the War of the Unborn Child. The metallic sound of the BB’s representing abortions went on and on, it seemed unending. I heard that all of those killed in the combined battles were a minute fraction of the number of aborted babies. The message came from the Right to Life of Michigan.

Now listening, but still numb, I thought of God, His love for mankind, and His love for the unborn to whom He had given life. Oh, how He must grieve our treatment of His babies. The first many times I had heard that same message, I was shocked and grieved, but as time passed, and the messages continued, the words fell on deaf ears.

Of course, we cannot grieve for every tragedy forever, for with the weight of the burden, we would be rendered useless. But we must do our best to maintain sympathy for what God deems important. For He calls us to a life of love and sympathy.

What to do, what to do? Later it came to me, each time I hear the ‘lives lost message’ or other tragedies, I should do what I do when I hear an ambulance…pray…pray for everything I can think of concerning the situation, and in closing ask that it somehow glorify God. Such intercessory prayer will not only help to maintain sympathy, it will increase it. Yes, prayer is the answer. “Thank you, Lord.”

“And now abide faith, hope, love, these three;
but the greatest of these is love.” 1 Corinthians 13:13

« Signs of the Times
Just Thinking »