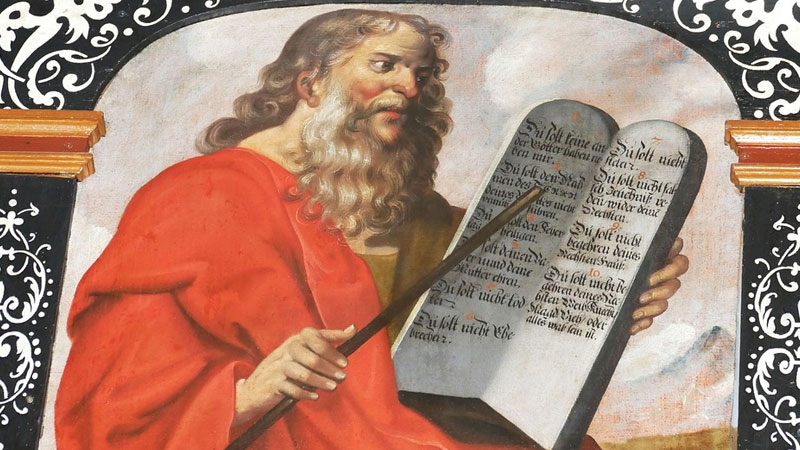 Dear One, Ron and I watched a docu-film titled Moses the Law Giver. I made up the word docu-film for the depiction was a cross between a documentary and a movie. Burt Lancaster, 1913-1994, played Moses. It was a 1973-1974 British television miniseries.

When I think of Moses, I think of an amazing man of God…a saint…a mighty man. His story is written in the Old Testament in Exodus, Leviticus, Numbers and Deuteronomy. He was born in Egypt to Hebrew slaves, as a baby was plucked out of the Nile to be raised as a prince by Pharaoh’s daughter. When grown, after killing an Egyptian in sympathy with the slaves, he had to flee to save his own life. He became a shepherd. While herding sheep, he heard from God at the base of a burning bush. God had Moses return to Egypt to lead the Hebrew people out of the land of Egypt. As a guide, God provided a pillar of cloud by day, and a fire by night. With Pharaoh’s army about to overtake the Hebrews at the edge of the Red Sea, God parted the waters. After the people passed over on dry ground the waters fell upon the pursuing army. Before entering the Promised Land of milk and honey, Moses led the Hebrews around the desert for forty years. Throughout that time, God spoke to Moses, provided all needs, and presented a plan for righteous living. Oh Moses – you the man! What a wondrous calling!

While thinking about Moses, I began to take my eyes from his mountain top experiences, such as 40 days with God on Mount Sinai, and began to think of the day-to-day struggle Moses endured while trying to oversee thousands of people on, what must have seemed, a never-ending journey…in a desert…no less. Moses’ life was one of daily, difficult sacrifice.

And guess what? You probably know. Moses was not allowed to cross the Jordan into the Promised Land.

This is explained in Nelson’s Illustrated Bible Dictionary:

“At one point, Moses’ patience reached its breaking point and he sinned against the Lord, in anger against the people. When the people again grumbled against Moses, saying they had not water, the Lord told Moses to speak to the rock and water would flow forth. Instead, Moses lifted his hand and struck the rock twice with his rod. Apparently because he disobeyed the Lord in this act, Moses was not permitted to enter the Promised Land.”

In our hearts, that doesn’t seem fair, does it? But in our minds, we know that it must be. For Scripture tells us that God is just.

As we were heading to church, I was thinking about God’s call on Moses’ life, and on our lives. And that is probably why the following two statements from Drew Peterson’s sermon stood out to me.

“God has a bigger plan.”

God had a plan so much bigger than Moses could have possibly comprehended, but because Moses was willing to follow, regardless of what happened, God could use Moses.

(In parting)
“Moses renewed the Sinai Covenant with the survivors of the wanderings, praised God, and blessed the people, tribe by tribe. Then he climbed Mount Nebo to the top of Pisgah and viewed the Promised Land from afar and died.”

If I am, if you are, to be fully used of God, we too must bow to God’s bigger, unknown plan, and follow regardless of what is happening, or what will happen. Let us each morning, with our eyes on God, step out in faith – because He is God, and we are not.