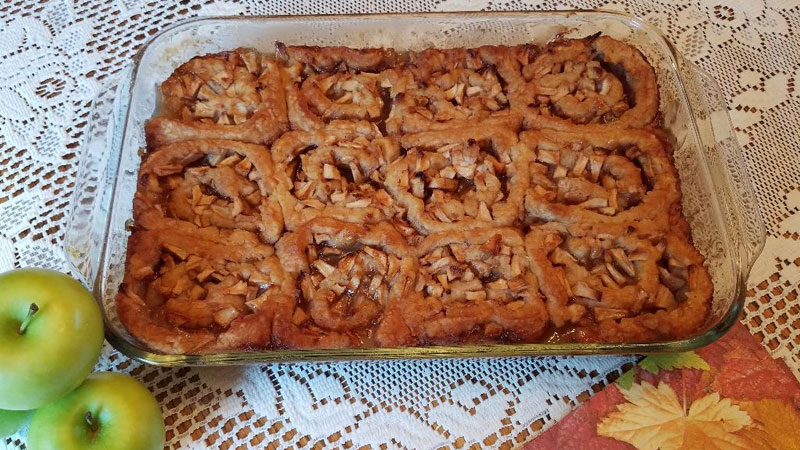 Sometimes success in the kitchen calls for an ‘I-can-do-it’ attitude. This recipe calls for that – twice. Once while finely dicing the apples, and a second time -when rolling up the delicate dough.

The apple dumpling maker must be, or pretend to be, fearless! Just stare down the dough which seems to say, “You will never move me in one piece,” and do your best. Yes, it will still likely rip or fall apart a little, but who’s to know?

Once the twelve slices of scrumptiousness are beautifully browned, bubbling up sweet juices, filling the house with an irresistible aroma, you will have shown that hunk of dough, and slippery apples bits, just who’s boss in your kitchen.

Yesteryear:
This late 1930’s recipe came from a friend of my mother’s, whom I thought looked like Susan Hayward. Her friend grew up in a dirt poor home, so much so, that there was often a scarcity of milk and butter. Since the apple dumpling recipe called for small amounts of both, it was a common dessert in Susan’s home.