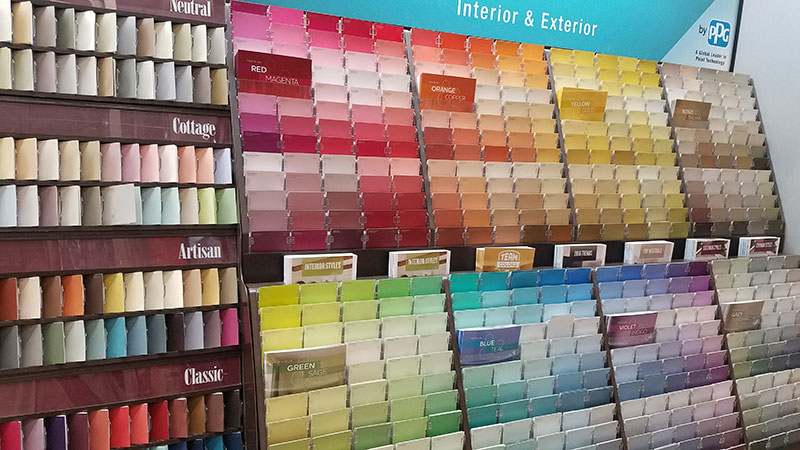 I had already been waiting for service in Home Depot’s paint department for sometime, when a woman walked over, stepped right up to the counter, and immediately began placing her order.  This happened years ago when my husband and I were painting our bedroom and bath. Well, let me put it this way; it was so long ago that the rooms have long been in need of far more than a couple of coats of paint, but even so, the memory of it remains.

It was early; there was just one salesman behind the counter for the six or seven customers waiting their turn to the sounds of paint cans noisily bouncing around on mechanical mixers. Why, I don’t know, but there wasn’t an actual line. So I behaved in like manner, and stood away from the counter, seven or eight feet. I didn’t want to look like I was trying to step ahead of someone. Progression was slow. A while later the woman I spoke of, perhaps my age, maybe sixty-ish, remember this was years ago, appeared. I thought, doesn’t she notice all of us who are waiting our turn? Maybe I’ll just let her know!

Before I could even move, came the unspoken words, Jesus wouldn’t like that. I had been reminded by the Holy Spirit. No, I agreed, Jesus would not. Thoughts followed about the ladies possible struggles, her mental or physical situations. When she turned from the counter with a gallon of paint in each hand, my heart had been made right. I said to her, “That’s a heavy load.”  She smiled and replied, “Yes it is. I had a cart around here somewhere.” I glanced around, spotted a cart, and guided it over to her. God had changed my attitude, and given me compassion for the line-cutter. The lady and I were both blessed that morning. She was spared the embarrassment of me mentioning the fact that she had cut in front of everyone. And me, I was given another example of how God molds His children into the likeness which pleases Him, the likeness of Christ. He does it, much like loving, earthly parents, with continual reminders.

Years later, in a Bed, Bath and Beyond, I walked up behind the one customer at the counter. Suddenly a woman came up behind me, painfully gripped my upper arm, glanced to the side, and said a in a tone as firm as her grip, “The line starts back there.”

I peered back at it, and said that I was unaware, and thanked her for letting me know. I was grateful. Truly. For I would not intentionally step ahead of others. She nodded in agreement, and stepped away. Although I hardly knew her, we knew each others’ names. We were members of the same church. I was positive that she meant well, but my arm was sore for three or four days. The tender arm was a reminder of the Home Depot line-cutter. Had I approached her, void of any known commonality, might I have inflicted unintended pain as well? Again, I was grateful for the reminder, and grateful too, for an ear tuned to the still small voice.