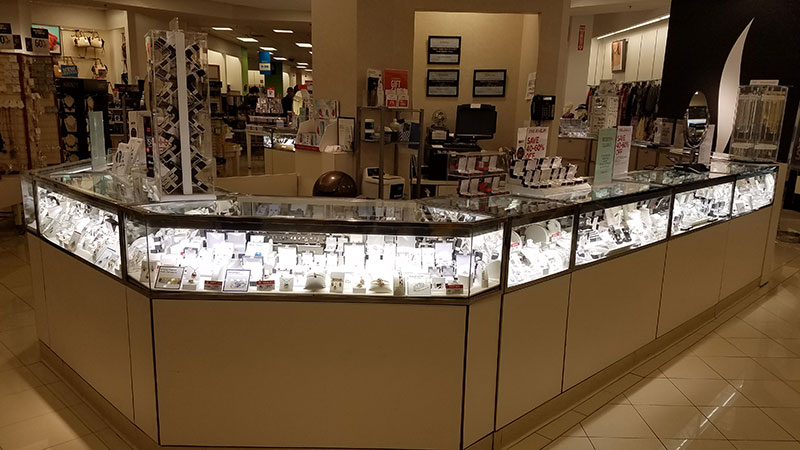 A missed opportunity occurred while I was in J. C. Penney shopping for a gift. It is painful to recount this for I did not respond to the nudging of the Holy Spirit. I wanted to respond. I did, but I held back too long, long enough to allow worldly thinking to override the spiritual.

A mother with two young daughters, probably five and seven, were passing by me while I was standing at the jewelry counter. The older of the two girls was completely distraught, totally beside herself. From what I could tell she wanted her mother to purchase a particular item for her. The scene, as they circled the counter, went on for four, or five minutes. The hysterical girl trailed behind her mother, passionately pleading her case, sitting on the floor, refusing to move unless her mother would acquiesce. The woman struggled to pick up her skinny, flailing child, but could only manage a few forward steps before losing hold of her. During the incessant conversation there was forceful, but never any ugly language or hateful tones. The behavior appeared to be out of the norm for the family, for the mother seemed perplexed.

As I stood there, I recalled a similar out of the norm incident with one of my sons when he was three-years-old. I was dropping off baked goods for the elementary school, bake sale. As we left the car, my quiet, well behaved son began wailing wildly. I could not find any reason for his distress, and he could not, or would not, be quieted, or comforted. So with him screaming louder that I would ever have thought possible, I carried his younger brother in one arm, and my baked goods in the other, and continued my errand. From the bake sale table, judgmental eyes greeted and followed me as piercing wails announced our arrival and departure. My son later confessed that he had been upset over having to get out of the driver’s side of the car instead of the passenger side. How can anyone make sense out of that? At age 47, our son still hasn’t.

So, as I stood at the counter recounting my experience with my own frantic child, I wanted to help both mother and child. But I did not. What would I say? How might the mother respond? People will think that I shouldn’t interfere.

The next morning, during my quiet time, I was reminded that I had not moved with the directive of the Holy Spirit. It seemed that God was instructing me that if I had acted, He would have given me the words. And there in that time alone with Him, God showed me how it could have played out; I am the mother of five. I have experienced this. May I help you?

Now, I was the distraught one, I would not get a do-over. I had failed. So what can I do, I thought? Nothing but pray for them. And right there, I failed again. For ‘Nothing but pray…’ is a horrible statement. The phrase should be stricken from every Christian’s thinking. Prayer is one of the most powerful gifts God gives to His people. Prayer gives access to God for carrying out His will. Foolish me. I hope I have learned two life lessons, one – to not withhold help, and the other – to not make light of prayer, ever.